After decades of 30-day free trials for its flagship creative applications such as Photoshop, Illustrator, InDesign, and all the others, today Adobe announced that going forward, the length of the trial period for Creative Cloud (i.e., the CC 2015 desktop apps) will be standardized worldwide at 7 days.

The company has been running some tests over the past couple months, and says the changes better align with how individuals are actually using the trial software – meaning the degree and duration of time they use them the most after initial installation. By moving to seven days, Adobe feels they can follow up better with the customer when the experience is freshest than if it happened a month later. It also gives users greater incentive to bump up the priority of the new software evaluations. Given the accelerating pace of change in technology (and pretty much everything else moving faster these days), these findings aren’t entirely surprising.

END_OF_DOCUMENT_TOKEN_TO_BE_REPLACED

One of the most frequent upgrade questions we get is what’s new, what’s different, or what’s changed between the new release of Acrobat and previous versions? Adobe Acrobat DC 2016 just launched today, and if you’re counting numerically (… 9, X, XI, DC 2015, DC 2016), then this is the 13th major release of one of Adobe’s biggest products with over 30 million customers. So put simply, what are the major new features and advance­ments in the 2016 Release of Acrobat DC (Pro or Standard), versus DC 2015, or 2012’s Acrobat XI or even 2010’s Acrobat X?

When the Document Cloud first arrived a year ago – and Acrobat DC 2015 along with it – there were some significant changes to how the software was purchased… While the desktop Acrobat Pro/Standard tool is still sold standalone with a perpetual (or “Classic”) license, many of the newer capabilities and services are only available via the Acrobat DC subscription (or “Continuous”) bundle. It’s called “Continuous” because subscribers receive all ongoing product upgrades as soon as they are available, ensuring you are always running the latest-and-greatest software with the complete featureset.

END_OF_DOCUMENT_TOKEN_TO_BE_REPLACED 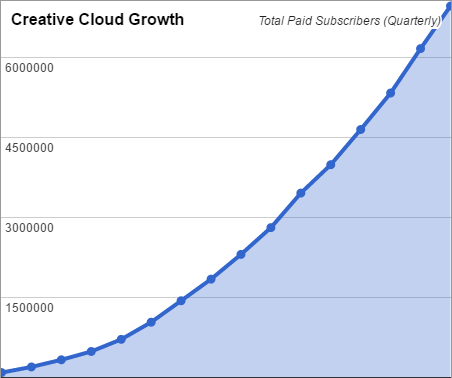 [UPDATE (December 2019) – In its full-year 2019 earnings call, Adobe said they grew Creative annual recurring revenue by 21% over 2018. Adding on to the estimated 15 million Creative Cloud subscribers from a year ago, this gives a likely new total of 18+ million subscribers.]

[UPDATE (December 2018) – A year ago, analysts pegged the number of Creative Cloud customers at 12 million: “We expect Adobe to end 2017 with 12 million subscribers for its CC services.” Most recently, Adobe stated in their Dec. 2018 conference call, “Within Digital Media, we achieved another strong quarter with our Creative business. Creative revenue grew 26% year-over-year in Q4.” Thus we estimate the current total to be approx. 15 million subscribers.]

END_OF_DOCUMENT_TOKEN_TO_BE_REPLACED 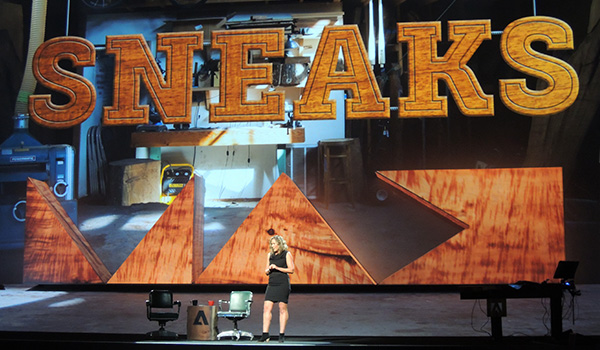 SAN JOSE, Calif.—October 13, 2015—At the record-breaking MAX conference last week, Adobe revealed 11 sneak peeks of technol­ogies they are working on but haven’t released yet. Some of these new features are absolutely mind-blowing and defy belief, yet the company did not web­cast the sneak peeks. But good news, you will find complete videos of each of them captured below!

Naturally, the Adobe says there aren’t any guarantees for what will appear in a production release, or when: “See the coolest demos of what we’re cooking up in the Adobe development labs, and be the first to get a peek at technologies that may (or may not) make it into future products and services.” But never­the­less, major new product features very often appear in these previews before they make it into the real tools (cases in point: Content-Aware Fill, Perspective Warp, Image Deblurring, and Defog/Dehaze).

END_OF_DOCUMENT_TOKEN_TO_BE_REPLACED 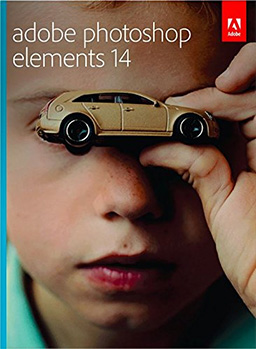 It’s that time of year. Early each autumn, Adobe launches a new version of Photoshop Elements, and this year is no exception… Last week the company introduced Photoshop Elements 14 (with brand new free trials to download), and one of the common upgrade questions we see is what’s new, what’s different, and what’s improved in version 14 compared to the previous Elements 13?  Or more essentially, what are the key new features in PSE 14, versus PSE 13 or 12 or 11?

The bottom line is you probably want to know what’s changed since the last release (or longer) – but how about a version-by-version, feature-by-feature table? You’ll find this down below (or take a shortcut here), but first let’s take a quick look at some of the major additions.

First off, some things many folks often ask about:  As began with PSE 13 last year, Photoshop Elements 14 continues to be available in both 32-bit and native 64-bit versions for Windows systems, and 64-bit-only for Mac. There is support for 16 bits-per-pixel images but it is limited to some extent – meaning you can open 16-bit files, convert to 16-bit color depth in ACR, and do basic edits, but there is still no 16-bit support for layers, many artistic filters, and so on.

END_OF_DOCUMENT_TOKEN_TO_BE_REPLACED 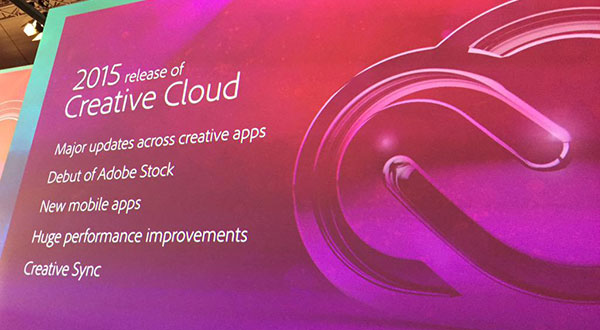 [UPDATE (Nov. 2019) – The all-new Adobe CC 2020 release has launched and is now available! See what’s new in features and all the differences compared to older versions and CS6.]

One of the most common upgrade questions we see out there is asking what’s new, what’s different, what’s better, what’s changed between Adobe’s just-launched CC 2015 release and the previous CC 2014, CC 2013, or 2012’s Creative Suite 6 – or even the older CS5, CS4, CS3?  Or more fundamentally, what are the key new features in CC 2015 versus prior versions?

Now that the new CC 2015 mile­stone release is out world­wide, everyone is entitled to either a free upgrade or a free 30-day trial (possibly up to 60 days). Ongoing access to these tools requires a Creative Cloud mem­ber­ship (either for one app or for all of them), with discounts available for education custom­ers. Adobe says that if you look at all of the changes since CS6 to the current CC 2015 release, there have been well over 1,000 significant updates – meaning new and improved features, added capabil­ities, and perfor­mance improve­ments – to the key creative applications.

END_OF_DOCUMENT_TOKEN_TO_BE_REPLACED 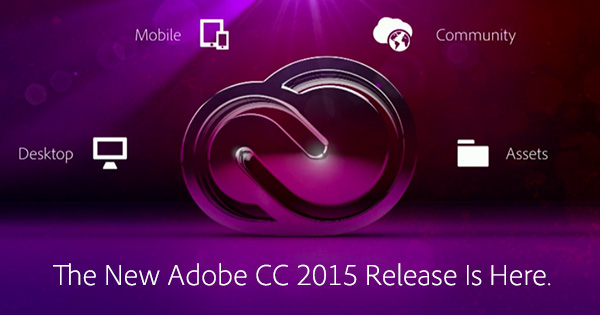 [UPDATE (Nov. 2019) – The all-new Adobe CC 2020 release has launched and is now available! See what’s new in features and all the differences compared to older versions and CS6.]

Adobe has just announced the immediate availability of the all-new CC 2015 release, with hundreds of new features and enhancements across their creative product line focusing on workflow, performance, connectivity, and some of that Adobe magic…  Creative Cloud 2015 is the next major release following the CC 2014 and CC 2013 versions, which in turn replaced CS6 from 2012. So thinking in the old terms, this would roughly be equivalent to CS9 (and more).

The 15 desktop tools updated today are Photoshop, Lightroom, Illustrator, InDesign, InCopy, Dreamweaver, Flash Pro, Premiere Pro, After Effects (including the highly-anticipated Character Animator), Audition, Prelude, Speedgrade, Media Encoder, Muse, and Edge Animate. All current Creative Cloud members will receive an automatic upgrade to the 2015 Release, and all of the new free trial downloads are also now live online. As before, the new tools and services are available via afford­able annual or monthly memberships. Adobe continues to grow Creative Cloud in a big way, now with over 18 million paid customers already having signed up.

END_OF_DOCUMENT_TOKEN_TO_BE_REPLACED 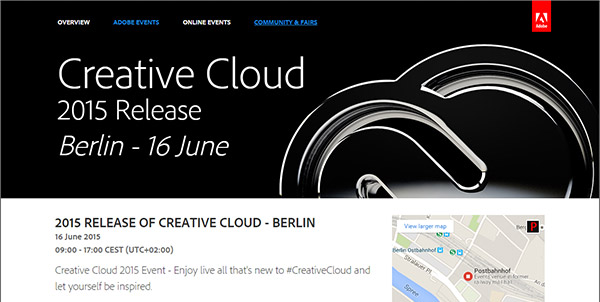 Thanks to some confirmed information from Europe, now know when Adobe will be launching the new CC 2015 release of creative tools:

END_OF_DOCUMENT_TOKEN_TO_BE_REPLACED

We originally ran the story below in October after a new Dehaze/Defog capability was sneak-peeked at Adobe MAX… It was our favorite of the show! Now, we have some great news: Adobe worldwide evangelist Terry White just confirmed this will actually be a real feature coming soon in the new CC 2015 release of creative tools. Here’s his video demo:

Dehaze will in fact be included in both Lightroom CC 2015 and Photoshop CC 2015 as part of Adobe Camera Raw. All complete Creative Cloud members as well as Photography Plan subscribers will automatically receive this update at no extra cost as soon as the new version is available. Note that Dehaze is not included in Lightroom 6.

And it’s now confirmed! The official release date for CC 2015 is on June 16th.

END_OF_DOCUMENT_TOKEN_TO_BE_REPLACED 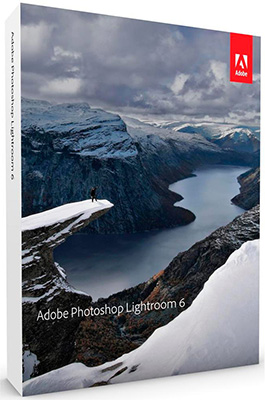