Creative Suite 6 is now available for instant download and direct shipping, and there are many important differences in this release compared to Creative Suite 5, including hundreds of new features added to the individual applications. 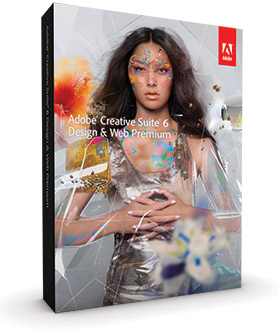 And after giving away CS6 Master Collection last month, we’re now offering Adobe’s most popular and top-selling suite, CS6 Design and Web Premium!  If you’re our lucky winner you will be shipped a brand new box with the full commercial English version for either Windows or Mac.  This perma­nent collection is the evolution of both the Design Premium and Web Premium lines, which have been combined in CS6.

“Adobe Creative Suite 6 Design & Web Premium is the ultimate toolkit for professional design and web development. Craft compelling graphics and images, lay out high-impact print pages, build HTML5/CSS3 websites, and design for tablets and smartphones — all with greater speed and precision than ever before.”

This product sells for $1,899 / €1,837 / £1,509 and contains over $4,000 in individual tools, including the popular Photoshop Extended, Dreamweaver, Illustrator, InDesign, Acrobat X Pro, Flash Professional, among others… (see the complete list of applications it contains)  If you want to try it out first and install it on your computer, that’s easy as the free trial is available for download for both Windows and Mac OS.

END_OF_DOCUMENT_TOKEN_TO_BE_REPLACED

Adobe CS6: Can No Longer Upgrade from Single Tool to a Suite

Creative Suite 6 was released on Monday and has brought with it some changes to Adobe’s previous upgrade policies… Here below is a full summary.

The second revision is that all CS6 upgrades can only be purchased directly from Adobe in most countries – resellers and retailers will not be offering them (except for volume licenses which are still available on Adobe.com or through channel partners). 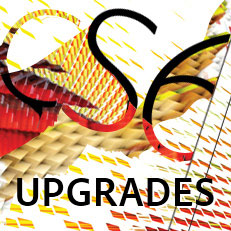 The final change now has to do with upgrade paths. Before you could upgrade from an individual point product to a suite containing that product, either in the same release or a subsequent release. So if you owned Photoshop CS6 then you could upgrade from that to CS6 Design & Web Premium, or to (say) CS7 Master Collection down the road.

But this will not be possible going forward… For Creative Suite 6, you can upgrade to a newer version of the same application you already own (e.g., Photoshop CS5 -> Photoshop CS6), but not to a suite. In other words, owners of individual appli­cations qualify for upgrade pricing to the same product, but not to a suite edition.

END_OF_DOCUMENT_TOKEN_TO_BE_REPLACED

With Adobe Creative Suite, if you’re just looking to set up and run CS6 on either a Windows PC or a Mac OS system, the instructions for that are easy. And in fact, as we discussed earlier, it’s relatively straightforward to install and activate the software on up to two machines of the same operating system type – in other words, either two Mac computers, or two Windows PC’s. 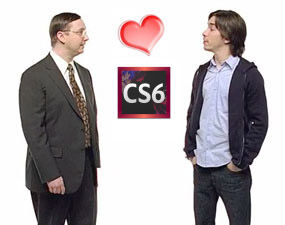 But in most cases, with the platform selection for Creative Suite and Acrobat products, it’s “either-or.” Either Apple or Microsoft. Either Mac or Windows. That’s the story for the retail and education versions of the software. And, if you want to change or swap platforms entirely, and move your tools from one o/s to the other, you can do that with an Adobe CS “crossgrade.”

However, there is another possibility if you want or need to have the applications available on both operating systems (Windows plus Mac OS) at the same time – and that is to get an Adobe volume license. Despite the name, anybody can buy them (not just businesses and even for just one copy), though they do offer discounts for larger purchases… and there are some additional advantages too. They’re easy to get – no signature contracts are necessary and you can pay online with a credit card, and download right away.

END_OF_DOCUMENT_TOKEN_TO_BE_REPLACED

Two weeks after its official introduction, Adobe this morning has released Creative Suite 6, with major upgrades across the line. All CS6 suites and individual products are now shipping and downloadable as trials or for permanent use. The new subscription-rental Creative Cloud offering is also out. 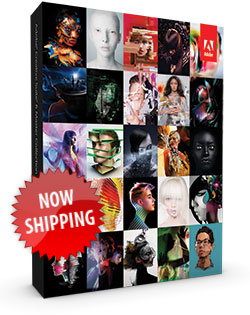 The CS6 configurations are broadly similar to CS5.5, with four product removals and two additions. The product pricing has largely stayed the same, with modest adjustments for some upgrade paths and geographies. The new software is available immedi­ately for Windows and Mac OS via full purchase or discounted upgrade (from as far back as CS3 and CS4, through the end of this year), with delivery via boxed shipment or instant download.

And important news – starting now with this release, all CS6 upgrades can only be purchased direct from Adobe… CS6 upgrades will not be offered from third parties, resellers or retailers.

All of the CS6 free trials are also now available for download. These trials are fully functional for 30 days and will work side-by-side with any previous version(s) of the Creative Suite, including CS5 and CS5.5. If you decide not to buy CS6 when the trial period is up, you can just uninstall it and your older tools will continue to run – while all CS6 buyers can easily convert their trial to permanent use without reinstalling the software, even when upgrading. (For more informa­tion, refer to the complete Trial FAQ.)  CS6 will also open all of your CS5 project and data files.

END_OF_DOCUMENT_TOKEN_TO_BE_REPLACED

[UPDATE – Some of these still work to download the old CS6 trials (plus Edge Animate 1.5), but Adobe has recently taken down many links… However, you can also now get the all-new Creative Cloud 2021 Direct Download Links!]

Creative Suite 6 is now available for instant download and direct shipping, and there are many important differences in this release compared to Creative Suite 5, including hundreds of new features added to the individual applications. 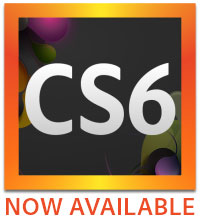 Here we’ve put together a complete set of Adobe CS6 direct download links for all the new products (Windows and Mac OS), for instant easy access and the ability to use your own download manager or download assistant if you have any difficulty with what Adobe normally employs and need to get the trials without it…

Whether you’re considering buying a full version or will be upgrading from a prior CS release, or even if you’re getting a volume license or joining the Creative Cloud, you can always use these free trials to install, run, and activate the CS6 software on your system, without needing to reinstall.  All of these CS6 trials will run fully for 30 (or possibly more) free days after initial launch.

END_OF_DOCUMENT_TOKEN_TO_BE_REPLACED 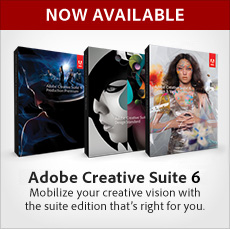 Creative Suite 6 was released today – and is now available through Adobe’s Business Store, which was formerly called the Volume Licensing Store…

But this online store is not just for businesses or big volume – it’s for anyone who would like to run more than one copy of the CS6 software at one time, or has multiple concurrent users. The standard licensing for Adobe’s off-the-shelf retail products permits only a single user running on up to two installed computers – which is usually not enough for most members of a company, group, office, team, school, or enterprise. And it’s occasionally not enough for some homes!

[UPDATE (February 2013) – Adobe is no longer offering the older option described here, so now customers who would like to buy multiple copies of creative software for their groups or teams are using this solution instead.]

Regardless, the benefits of going with an Adobe CS6 volume license even for a simple or small purchase are numerous and clear:

END_OF_DOCUMENT_TOKEN_TO_BE_REPLACED

Last week Adobe launched Creative Suite 6 and we took a high-level look at how CS6 is different from CS5.5 – and so now here we’ll step through the significant new features at an individual product level, product-by-product…

The upgraded applications and their key new functionalities are detailed below. If you’re coming from further back and would like to know the differences between older versions – like an upgrade from Adobe CS5.0 to CS6, from CS4 to CS6, or from CS3 to CS6 – the last section will also help. 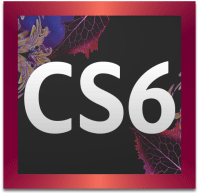