[UPDATE (August 2017) – The aging activation servers for Creative Suite 3 (CS3) and Acrobat 8 applications were also just retired. These programs now display an error when trying to verify a license: “Activation – No Connection” or “Internet Connection Not Detected.” More info here.]

The programs in question are 2005-vintage Adobe and Macromedia tools such as Photoshop CS2, Illustrator CS2, InDesign CS2, Dreamweaver MX 2004, Flash MX 2004, Acrobat 7.0, Captivate 1.0, and others. The software is pretty dated, originally written for 32-bit Windows 2000/XP and PowerPC Macs – and won’t run optimally or at all on current computer systems, especially [Intel] Macs.  CS2 is “EOL” (end-of-life), no longer officially supported, and not updateable nor upgrade­able. Nevertheless Adobe has put these downloads out there on an open page – full versions in 15 languages with accom­panying universal serial numbers, and seemingly freely available for what it’s worth – but the company says they’re not.  So what’s the story?

In fact this tale started back in December, when Adobe decommissioned the online licensing activation servers for all of these old programs due to technical issues. At the time their tech support team added two help pages to assist existing owners who would no longer be able to (re)activate their software, such as in the case of trying to moving it between computers. To remedy this difficulty for those who were experiencing it, Adobe made available full versions that do not require activation.

At the time (December 13th), Adobe Tech Support Specialist Jeff Wright also opened a long Adobe Forums post announcing the solution to the activation problem (“Looking to activate Creative Suite 2, Acrobat 7, or Macromedia products?”), with links to the download pages with system requirements plus assistance for customers needing help in (re)installation of their CS2 programs. Clearly, Adobe’s intention here was to provide uninter­rupted access to people who were still using these prior releases.

There were some holes though.  Premiere Pro 2.0 and Audition 3.0 were provided for those who needed them, but After Effects 7.0 and Encore 2.0 were not… Some users have been stuck and asking about those, but as of this writing no explanation for their absence has been given.

And now, almost a month later, there have been several sites reporting that these downloads were meant to be free for everyone, because that’s what it might appear to some at face value. But the company has issued several clarifications. Their main corporate blog, Adobe Conversations writes:

Effective December 13, Adobe disabled the activation server for CS2 products and Acrobat 7 because of a technical glitch. These products were released over seven years ago and do not run on many modern operating systems. But to ensure that any customers activating those old versions can continue to use their software, we issued a serial number directly to those customers. While this might be interpreted as Adobe giving away software for free, we did it to help our customers.

“I just heard the news that Adobe is allowing you to download CS2 for free.”

On behalf of Adobe Systems Incorporated …

You have heard wrong! Adobe is absolutely not providing free copies of CS2!

What is true is that Adobe is terminating the activation servers for CS2 and that for existing licensed users of CS2 who need to reinstall their software, copies of CS2 that don’t require activation but do require valid serial numbers are available. (Special serial numbers are provided on the page for each product download.) See http://forums.adobe.com/thread/1114930.

You are only legally entitled to download and install with that serial number if you have a valid license to the product!

Q:  Is it OK for someone who did NOT purchase CS2 to download this now for personal use?

A:  No, it isn’t. The download link is there only for the benefit of people who’ve paid for CS2. As noted, the old activation server developed problems and had to be retired. To ensure that customers weren’t left in the lurch, Adobe put out this alternate build. It’s not for people who didn’t pay for CS2.

On the Japanese version of the CS2 page, the statement preceding the download links translates as:

The purpose of this measure was not to distribute software free of charge to a large number of people. Rather, the measure was initially put in place in order to make the software as user-friendly as possible for those customers with the proper license. Anybody using it without the proper license is in violation of the licensing agreement. We thank you for your understanding.

And finally, the following text now appears when you visit any of these pages, and must be agreed to in order to proceed:

Adobe has disabled the activation server for CS2 products, including Acrobat 7, because of a technical issue. These products were released more than seven years ago, do not run on many modern operating systems, and are no longer supported.

Adobe strongly advises against running unsupported and outdated software. The serial numbers provided as a part of the download may only be used by customers who legitimately purchased CS2 or Acrobat 7 and need to maintain their current use of these products.

So what does this all mean or add up to? It appears to us as if Adobe’s efforts to help a small subset of users of older products “got out of the bag,” so to speak, and was misinterpreted as giving away largely obsolete software to a broader audience. Here it looks like a case perhaps of unintended consequences.

Will these old CS2 direct download links and keys being “out there” now hurt the company going forward? In our opinion, probably not. Adobe does an enormous business in software upgrades from much more recent versions. There are hundreds of thousands of customers who have been thrilled to buy an upgrade for just one major release from Photoshop CS5 to CS6, considering all the new features added there, and with more improvements since… Most would consider CS2 to be ancient history compared to that, in terms of performance, featureset, formats & standards supported, workflow efficiency and time savings to get your job done – just look at all the differences between CS6 and CS3, which is newer. 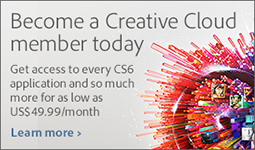 The customers who would still use CS2 are not likely to be folks who would buy CS6 from Adobe any time soon. The software industry evolves so quickly that Adobe’s latest hobbyist offering for photos and imaging – Photoshop Elements 11 which sells for under $100 – is more current, capable, and compatible than eight-year-old programs.  Meanwhile, today’s students and teachers can already get the new Photoshop CS6 Student & Teacher Edition for 75% off the regular price – while anybody at all can pay just $1-$2 per day for full and complete access to $10,000 of the new best-of-breed Adobe tools by simply joining the Creative Cloud.

Finally, some make the case that this situation could even help Adobe’s sales.  Obviously there’s the buzz and general interest generated here. But further, the company doesn’t have a great deal of strong competition – so if someone used CS2 instead of competing program then that could reduce the demand and development of alternate options, while bringing a new user on board with the Adobe brand and possibly a future paying customer for a modern product such as Creative Cloud.